13 Mart 2013
It is primarily necessary for someone who becomes a Muslim, or for Muslims’ children who reach the age of maturity called ’âqil-bâligh, to say the Kalima-i shahâdat, learn its meaning and believe in it. Then, they have to learn and believe in the knowledge written in the books of the Ahl-as-sunnat savants regarding i’tiqâd, that is, the tenets of belief. Then, they have to learn fiqh knowledge from the books of any one of the four Madhhabs, that is, the five commandments of Islam, and they must observe these commandments.

Those who deny that it is necessary to learn and obey these things and those who do not pay due attention to these points become murtads. That is, after they become Muslims upon saying the Kalima-i shahâdat, they become kâfirs again. The knowledge of i’tiqâd in the four Madhhabs is the same. Someone who follows the knowledge of imân and fiqh of any of the four Madhhabs is called Ahl as-sunnat or Sunnî.

Belief of those who do not follow one of these four Madhhabs is wrong. They are either Ahl-i bid’at -bid’at holders- or murtads. In both cases, they will certainly go to Hell to be punished in the fire, if they die without repentance.

While doing something, due to certain excuses, a person coming across difficulties in doing that thing according to his own Madhhab’s rules can do it according to the rules of one of the other three. Then, he has to follow all the rules related to this thing in this second Madhhab. It is impossible to act in agreement with all of the imams in all affairs; there are also many cases which prevent one from acting in agreement with three or even two imams at the same time. Such (controversial) affairs should be done by following only one imam. 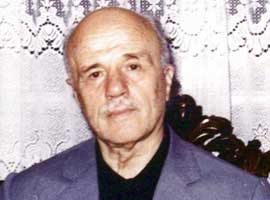 Something went wrong there, try again.